Click here to see all nominees and detailed results.

In joint third position, it seems you guys couldn’t decide between irresistibly sexy performers Arad Winwin and Michael DelRay. Both get 7.2% of votes. Well, we can’t really choose either and are just big fans of these two prolific porn actors. Arad’s been showing his skills in hot scenes for Lucas Entertainment, Hot House, Cocky Boys, Gay Room, and more. While Arad is a first timer in our list, Michael’s in the top 10 for the third year in a row, keeping his number 3 spot of last year. We’ve enjoyed Michael perform for Badpuppy, Men, Sketchy Sex, Brother Crush, Missionary Boys, Next Door Studios, Trans Angels among other great sites this year. Well done!

At number 2 we find one of our favorite hung men of the past couple of years, JJ Knight, who obtained 8.6% of votes. JJ doesn’t need presenting any longer and keeps feeding his man tool with success at Men, new hot site Masqulin, Lucas Entertainment, Naked Sword, and more. Who wouldn’t want a piece of it?

With 7.7% of votes, the third best cock of the year goes to what we could call Bromo‘s signature big dick, attached to hot top Bo Sinn. Bo’s been keeping fucking men for our eyes pleasure in 2019 and we congratulate him on this third position.

Young Austin has been riding more daddy cock than anyone else in 2019, so he could only end up high on the list after his impressive bottoming for Boy For Sale, Gaycest, and Fun-Size Boys.

And now to what we could call our signature category. What’s hotter than male semen on a male face? The top 3 this year is headed by Ken Summers, who’s enjoyed getting covered in spunk at Masqulin and Men among others. With 11.8% of votes, Ken is a clear winner, and we hope to see his face painted again throughout next year 😉 Congrats to him!

Click here to see all nominees and detailed results.

This site uses Akismet to reduce spam. Learn how your comment data is processed.

Next post Doctor daddy gives his boy some big dick 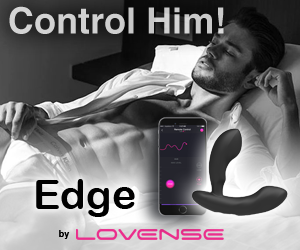